As a choice virgin till marriage, I do have my reflections and thoughts to share on this rather uneasy issue. My virginity was a subject of far-reaching debate in most parts of the world and even caused continental rifts between groups of individuals. First, there was that rumor that I had lost my virginity to a South Korean woman in New York, which was only adding extra yarn to an innocent and accidental rendez-vous where I had a conversation over dinner with two Korean music students from Columbia University. Second, some of my closest friends from school ambushed me at a pub called “White Horse” in Colombo and insisted that I tell them whether I was a virgin or not, well into my third decade of life. Then, there was that uneasiness in the Philippines, where I was followed by mortal angels (bodyguards should I say) everywhere I go, since they thought I was hunting for an opportunity to part with my cherry. In all this confusion, I still maintained my innocence, stating that I will always be a choice virgin till marriage.

For those people who were fans of “How I Met Your Mother”, I was (before I met my wife) a celibate Ted Moseby, preserving my “wait” for the beautiful event of devirginizing or consummating with a breathtaking woman, who preferably would be a fellow virgin too. I see no disagreement or hypocrisy, in one virgin waiting for another virgin to take the plunge on the marriage bed. For me, it was always a beautiful thing to be untouched for this long, hoping that when you are finally touched, it will be a reciprocal feeling that will ascend to a beautiful agony, on the face of two people, spiked by their own love chemicals. Still, I remember another movie by Josh Radnor called “Liberal Arts” where a 35 year old man gets to sleep with a 19 year old sophomore virgin, but choses instead to find someone more his age. I believe in that norm too – nubile lips are far from me, after all, the art of surrender is a void in the absence of frequency and the science of chemistry, for sex is important, but so are the “conditions” of common ground and near-equal age.

Still, what I want to address here is that, I was ashamed of my virginity and always saw it as something that I only wanted to reveal to my future wife, as a gift to her. This is where I went wrong, because virginity is something endearing and beautiful, it’s a choice wait that the heart sees through in the name of love. My secretiveness made it very difficult to knock ideas or wisdom antlers with a fellow geekess, after all, in the absence of annunciation, there is very little possibility that you will run into yet another virgin, with similar interests and choice behind her front. What I have to say to choice virgins this day and age, is, don’t wait behind the guise of the “experience” pretense but fling yourself out there inside social circles and the dating game, to find your beautiful edition of a two-way first time. I met a beautiful woman, who had very little experience (but not a virgin) and I chose to lose my cherry to her, with choice backing me all the way. Someone said, when you are a Christian at 38, you may be blinded by the want to have sex, more than anything else, but I don’t see that as the reason, I chose to be with my wife. We have a lot in common (age, language, general knowledge, blogging, creativity and most importantly love) and I plan to go the whole distance with her.

Virgins are not pariahs nor are they losers, they are just revolutionaries who have made the choice to wait, and not jump on the juggernaut of the sexual revolution. They should not be judged on what their bodies have not possessed but only cheered on to find and realize their dreams at all costs. Being a virgin, is a right, just like the right to have sexual encounters and that right should not be trivialized or marginalized just for the sake of a-la-mode love in the 21st century.

They say a unicorn – a beautiful animal – can be only seen and tamed by a female virgin. I was a unicorn once but now I’m no longer. What I learned from my long wait as a virgin was that the world did not see me as a unicorn but only as a rhinoceros, a hideous creature that plods on cracked clay soil. Unicorn, or rhinoceros, what matters is you are being true to yourself, knowing what you want at the end of the wait and you did finally flung your anthers when the time was nigh. If at that instant, she too deflowered, you’re one of the lucky ones. If she didn’t, you are still lucky she chose you to give you something exquisite – Her body for an eternity. 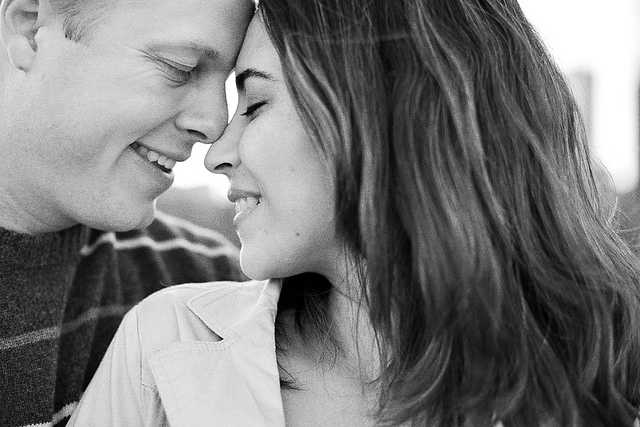